Who would have thought that getting arrested in a country that is trying to prevent touchy relations with your country from getting worse would be a "get out of jail FREE" card? Well, I guess the four Kazakhs and the one Belarussian who got caught transporting North Korean weapons in Thailand knew. 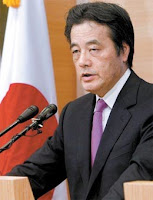