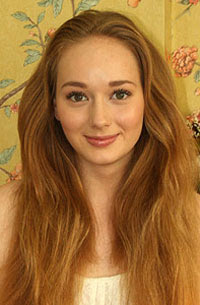 I know this is little more than a commercial promotion by the matchmaking agency, but why not? From the Korea Times:


Sofia Lumme, 21, recently registered with the nation's largest matchmaking firm, Sunoo (www.couple.net), to find her soul mate in Korea. She is now on a temporary visit to Korea for a project.

She has worked as a fashion model since the age of 12 and any man registered on its Web site and who has no difficulty communicating in English can be a candidate, Sunoo said.

"Her Prince Charming doesn't have to be a rich man but a well-rounded and gentle guy. She values character most," a spokesman said.

[kushibo coughs and raises his hand] I'm not married.

Seriously, Sofia, if you can (a) speak Korean well enough, say, to get around Seoul on your own and (b) hold an intelligent conversation (in English) about, say, how Korea can reverse its low fertility trend or what South Korea can do to mitigate the humanitarian crisis in North Korea, I'll marry you. And I come with my own apartment.

UPDATE:
Well, if Antti is right (and he usually is), this is a hoax. She's a faux Finn. A fairly foxy faux Finn, but a faux Finn nonetheless.