I'm very tired, but while walking back to the dorm from the parking structure, I had this epiphany. Bear with me, please, as I'm in an altered state brought on from intense grogginess.

Deep in the bowels of the ATEK lair, a conversation takes place.

ATEK Figure 1 gloatingly holds up a headline in the Korea Times: "Xenophobic Group Opposed to English Teachers Forced to Remove Offensive Content from Site." ATEK Figures 1 through 8 raise a glass and laugh with giddiness at their success.

As the laughter subsides, a mirthful ATEK Figure 2 asks, "Well, what's the next order of business in our plot to take down Lee Eun-ung and his gang of bores?"

ATEK Figure 3 was gleeful: "We must kick them while they're down. We must pursue them into nothingness. We must vanquish them for good." 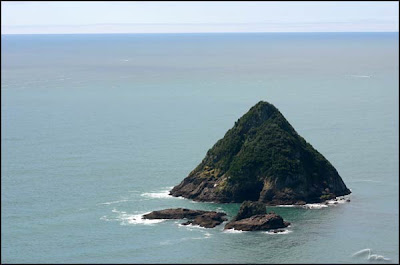 [above: ATEK's secret lair is located beneath an island in the middle of the Han River.]

ATEK Figures 5 through 8 mumbled into their glasses. Going to the National Human Rights Commission of Korea and getting AES designated as a hate group had been passionately proposed by a moderately prominent blogger who was thought by many to secretly be opposed not just to ATEK, but to all teachers of English, something to do with having been jilted by one before going into exile on a faraway isle. Indeed, he posted letters of mockery — or at least letters interpreted to be letters of mockery — ridiculing teachers or English and calling them whiney. Following his plan would be beneath them... and possibly even a trap.

But ATEK Figures 1 through 4 were convinced that this was a sound idea. They had thought of it even before the mocking blogger had expounded its merits.

ATEK Figure 4 held the power, and he decided that this is what they would do. Immediately, electronic mail, traditional mail, and electronic voice communications were sent out to the Commission. The ATEK figures waited with bated breath for a response from the Commission. They had hoped their request would be accepted and followed up, for their case was strong. Evidence of AES's xenophobic and even racist hate was as copious as it was obvious. 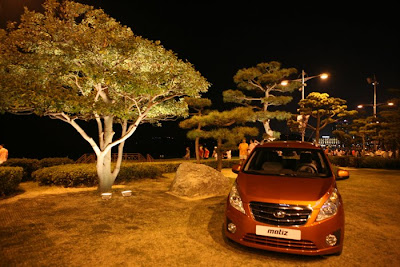 [above: AES's secret lair is located inside a Daewoo Matiz.]

But soon their hopes were dashed. As ATEK Figures 1 through 8 sat around the telephone, they heard a member of the Commission state what was wrong: "We don't see what hate and xenophobia you're talking about."

"What are you talking about?" barked ATEK Figure 5. "It's right there plain as day."

The Commission member clarified: "We see contact information, some newspaper links, but not much else. There's a graphic of kids practicing their ABCs on a chalkboard."

ATEK Figure 5 was furious. She had been against this move from the beginning, but she was now incensed that the Commission could not see the conspicuous evidence in front of them. "What about the stuff about stalking, claiming English teachers are diseased sex fiends, descriptions of our whole lot as drug-taking incompetents? Why don't you recognize that as hate speech?"

"Perhaps it is, Ms ATEK Figure 5," responded the Commission members. "But there is no such stuff on the site."

Almost like an epiphany, ATEK Figures 1 through 8 realized their folly: In forcing the xenophobic group opposed to English teachers to remove its offensive content from its site, ATEK had inadvertently eradicated the evidence they needed to prove their nemesis was in fact a hate group.