Why does this weekend feel like last weekend? Again with the dearth of news stories and the focus on people protesting. The protest against ROK troops going to Afghanistan is far smaller than last week's labor rallies, but Western news coverage is about the same.

Of course, the biggest story may be the tragic fire in the indoor shooting range in Pusan. No doubt we'll hear more about that in the days to come, so I won't get into any more speculation than I already have about fire safety. From the Taegu subway fire (seriously, that place seems cursed) to the Taeyongak Hotel [대연각 호텔] fire on Christmas 1971, in which 163 lost their lives, fires with considerable loss of life seem a perennial theme in the ROK.

In upcoming days, as President Lee has a chance to meet with Obama, Hatoyma, and other regional leaders, we might end up hearing more about cooperation and new ways to work together, with more of the same when Obama visits South Korea later in the week. I'm an optimist at heart, and I see a lot of good will ready to be transformed into action these days. No matter what chinboista protesters may say. 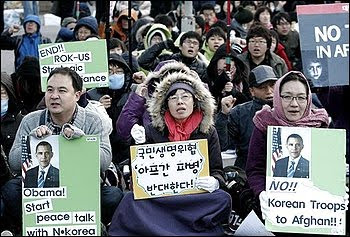 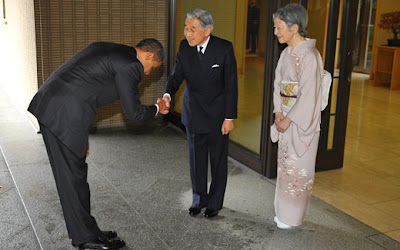