Short people got no reason to live (in South Korea)

Joohee Cho at ABC News has done a focus on the South Koreans' apparent obsession with height:


"Living in Korean society, it's all about looks," Kwon says. "So as a parent I'm doing everything I can right now so that she won't grow up to be bitter& just in case she ends up being too short."

At another Hamsoa Clinic in Seoul, doctors offer both western and traditional Asian medical treatments to boost children's height. The clinic's program can predict how tall a child might grow after several hours of examination which includes x-rays, blood tests, and hair sample analysis.

"Actually my dad wants me to grow more tall, because this is my only chance to grow," says Esther (9) shyly while waiting for a blood test. Her older brother Paul (11) proudly boasts that his dream is to be six feet tall. Their mother is about to enroll them into a systematic program that costs $2,500 for 6 months of growth hormone shots. With herbal medicine treatment added to the package, the price can rack up to around $21,000. It also includes massage sessions and acupuncture, but the growth hormone shots are the most effective which makes it a mandatory option to the total package, according to the Hamsoa Clinic.

Because the time span to grow is limited, Doctor Shin Dong-Gil at Hamsoa Clinic says the parents who can afford the financial costs feel obligated at least to have their children checked out. "Korean parents are very competitive. They're always worried that if not tall enough, their kids won't find a good husband or wife, and even suffer discrimination in the workforce," says Doctor Shin Dong-Gil at Hamsoa Clinic. "These parents see height as a direct connection to their children's future potential."


I say "apparent" because I'm not convinced this is more than a trend for those privileged people on the fringe who, with relatively easy access to the monisphere just beyond the reach of most South Koreans, pursue all kinds of things — some silly, some not so silly — in a futile effort to always be ahead of the Joneses.

$2500 over six months is doable for many middle-class families, not just the moneyed upper echelons of society. But $21K? Now we're talking about a far smaller group.

Height has been a hot topic for the past few years, with many using it as a deal-breaker when choosing a mate. Korean women, just like their counterparts in China, Taiwan, and Japan, kvetch that they are unattractive because they don't have legs that stretch from here till Tuesday.

In South Korea, where people (more often women than men) go into an emotional tailspin over some imperfection, height is just one more thing to feel grossly insecure about. It doesn't help that attractive young women from Ewha some university are calling you "loser" on national television just because you're under 170 cm. 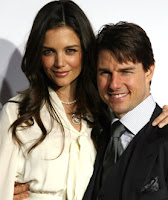 But ultimately, who cares? It boils down to this: We all want to date super models, but few of us actually get the chance. The rest must, well, settle.