Link to all Daily Kor posts

I'm no fan of capital punishment, but if a convicted mass murderer on death row wants to off himself and do it quietly (i.e., not take anybody else out with him), then I'm not going to raise objections. Well, I guess if he hadn't provided the authorities with all the details of who he killed so that families could get closure, I suppose that would be a reason to object. Anyway, the in-cell suicide by hanging of forty-year-old Jeong Namgyu is all over the Korean media and is being carried by most major international media as well.

In other mass murderer news, Pyongyang is trying to entice Seoul back to the negotiation table vis-à-vis Kŭmgangsan tours by promising to let ROK officials tour the scene where a South Korean tourist was killed. Nice.

On a happier note, the iPhone will be available to folks back in South Korea starting on November 28. Expect some lines, even if the iPhone doesn't turn out to be the oh-my-god-hugest-thing-ever gadget in South Korea (South Korean phones have long been able to do the neato stuff that iPhones can now do, so the thrill and excitement just isn't there in large amounts).

Oh, and heed my warning about buying it (short version: don't). In a nutshell, the iPhone may let Anglophones finally do what Korean speakers have been able to do for years, but you'd better make sure that iPhones in Korea can do all the cool things that make an iPhone cool. Trust me on this. Take a breather and wait a bit, but go to the Apple Store and play with it. Hey, that rhymes. 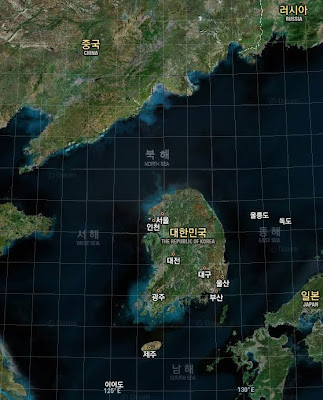