Wow. Obama arrives for two days and it's like they used up all the news. Seriously, if it weren't for Yonhap staying open, I'd have like two lines in today's edition.

Most of the stories are about North Korea, which seems to have gone into overdrive on Saturday. When reunification comes, we'll be able to put that work ethic to good use. 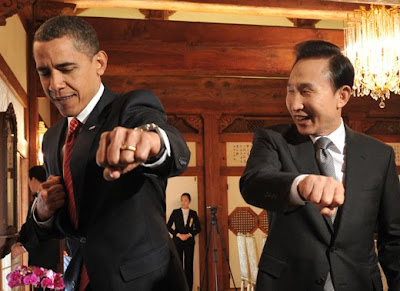