Interestingly, the biggest news story of today was one we had yesterday (see #14): South Korea has adopted an ambitious 30% reduction of greenhouse gases from what they would otherwise be in 2020.

Another big story — one I'm surprised has not yet caught on in the K-blogosphere — is that of twenty-eight North Koreans captured by Somali pirates on their 22K-ton chemical tanker. There were in fact two hijackings, the other of a Spanish boat. We now get word that the Spanish have paid a $3.3 million ransom for the return of the trawler and crew. After the ROK government was roundly criticized in the K-blog comments sections for giving in to Taliban demands over the missionaries who became hostages in Afghanistan, I fully expect to see the K-blogs throw as much criticism on the Spanish for doing essentially the same thing.

Oh, yeah, and it looks like North Korea is trying to play nice. That must be the game plan this week. 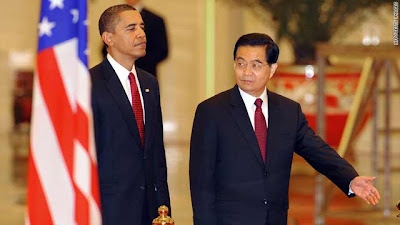