Every now and then, Brian Deutsch (aka Brian in Chŏllanam-do, aka Jeollanam-do) mentions that Koreans he meets often say he looks like actor Kevin Bacon (Mmmm... bacon).

Kevin Bacon's a good-looking guy. Kushibo will forever associate him with Footloose, that 1980s film about a rebellious teenager who challenges authority. No, not that one; you're thinking of Judd Nelson*. Yeah, that one.

Anyway, the problem with this is that everybody with lightish hair looks like Kevin Bacon to most Koreans (and Japanese, and Chinese, and Taiwanese, etc.). 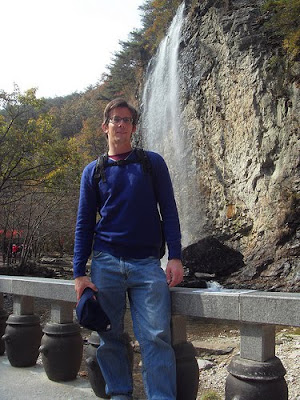 Um, anyway, I've made no secret of my opinion that Brian (above) looks more like actor Gary Cole (below), that guy who has that face that you recognize even if you can't put your finger on his name or even where you know him from. Kinda like that guy from lost who plays Ben. 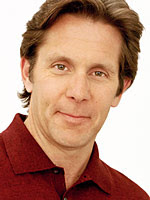 Anyway, just to help you along, Gary Cole is famous for his roles as Vice President Bob Russell on West Wing, Mike Brady in The Brady Bunch Movie, the bad guy pot-dealing kingpin Ted Jones in Pineapple Express, and annoying boss Bill Lumbergh in the cult classic Office Space.

Now I'm not saying Brian looks old, 'cuz he doesn't. In fact, Gary Cole is old enough to be Brian's dad. I'm just saying he looks like him; that is to say, that's the celebrity he most looks like. People peg me as Harry Potter if they have to peg me as someone. The Marmot looks like John Billingsley, Oranckay looks like that guy in that thing, and Metropolitician looks like Fred Berry.

And truth to be told, Gary Cole's not a bad-looking guy (said in the most heterosexual way possible). Here he is in Office Space: 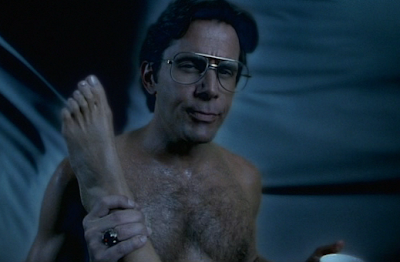 Okay, the glasses look a little too retro to be cool, but he must have at least some attractive qualities, because that's Jennifer Anniston's leg he's holding. And not the Jennifer Anniston who got dumped by Brad, but the 1999 Jennifer Anniston who was still hot and being pursued by Ross. Well, actually, it's the leg of the character played by Jennifer Anniston, so it might even be her leg, but it doesn't matter because Bill Lumbergh is the man! And Brian looks like the man who plays that man.

[Just so we're clear: Brian is better looking than either Gary Cole or Kevin Bacon. And I say that in the most heterosexual way. And I mean this whole thing in good fun, but I'm sure Brian knows that.]

This point has no post whatsoever. As you were.