Daily Kor for November 22, 2009: Our dear leader is not the Dear Leader

Story #1, about the South Korean monks visiting North Korea for a chesa for the founder of their order, is a repeat from yesterday, when the monks had headed off for Kaesŏng. But I liked the picture below so much, that I decided to run it again, post-ceremony. Indeed, the room pictures below may be the only one in North Korea where the dominant portrait is not the Dear Leader or the Great Leader. This all makes me wonder how much or little religious freedom this isolated group has.

As usual on the weekend, it's a slow news day: Government offices shut down, reporters don't report on reportable things, and criminals stay home and watch OCN with their kids. It also doesn't help that yesterday's Daily Kor was several hours later than usual, with some of yesterday's stories rightfully belonging in today's news roundup. So if you're really Jonesing for some news, go check out yesterday's edition. 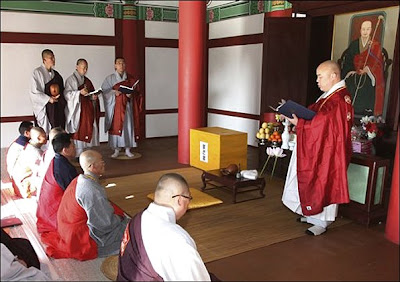 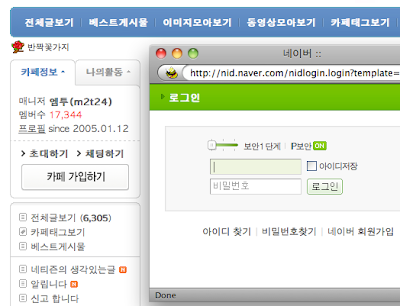