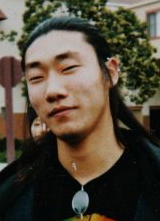 The Orange County Register is reporting that a date has been set for the wrongful death suit filed against two police officers in the northwestern OC community of La Habra over the shooting death of Michael Cho, an artist and UCLA graduate.

Michael Cho's case was discussed at length at The Marmot's Hole in March of last year. There were many complicating things about the case, including the fact that Cho was breaking windows with a tire iron but that he was videotaped walking away from police just seconds before he was shot. He also had reportedly had emotional problems, which led some to suspect "suicide by cop."

Here's some background on the shooting from around the time it happened. Below is local Korean station footage of news of the shooting:


The case will likely be decided by a jury, said Bruce Praet, attorney for the officers. Praet said the officers are still working for the La Habra Police Department.

The judge dismissed the case against La Habra, which also was named in the suit.

Michael Cho, 25, was shot by police Dec. 31, 2007, outside a liquor store near Whittier Boulevard and Walnut Avenue in La Habra.

On the day of the shooting, police went to a strip mall at Whittier Boulevard and Walnut Street after receiving two calls about a man vandalizing cars. When police arrived, the caller pointed out Cho as the man responsible.

Cho, an artist and UCLA graduate, was holding a tire iron in his hand. Police ordered him to drop the weapon, according to officials.

After Cho ignored multiple requests, turned from the officers twice and made a motion as if to attack one of the officers, the police officers shot Cho 11 times, according to the Orange County District Attorney's Office.

"We don't believe there is liability," said Praet, the officers' attorney. "It is tragic anytime someone dies, but they did nothing wrong."

Shelley Kaufman, the attorney for the Chos, said their son's actions posed no threat to the officers.

"He was walking away from the officers," she said. "He was not wanting to have anything to do with them at all."


This brings to mind a case earlier this year, that of Susie Kim (also discussed at The Hole), who was shot to death after allegedly driving drunk and leading Orange County law enforcement on a multi-city chase. As I mentioned in June, it's disturbing how little information about this case is out there. Shouldn't an investigation have come up with results by now?