Daily Kor for February 7, 2010: Superbowl Sunday! (tomorrow, well, today, but actually tomorrow... are you following this?)

Blech, it's another weekend, and that means slow news. Which means you get a lot of "future" stories, telling you what such-and-such person or agency says they're going to do, not what they've already done. I hate stories like that. It also doesn't help that tomorrow is Superbowl Sunday, so nobody's really doing anything. Thank God for the workaholics at Yonhap.

And of course, on slow news days, the mundane becomes news, so we get lots of reporting on Stupogant™ 2.0 (i.e., Robert Park) being in Beijing. Expect to see big news tomorrow when he lands in Los Angeles, followed by big news when he finally touches down in Phoenix or Tucson. I'm surprised they're not reporting on the size of his stool already. Or are they?

[right: Looking gaunt and weakened from his ordeal in North Korea, Robert Park is offered a giant vanilla popsicle.] 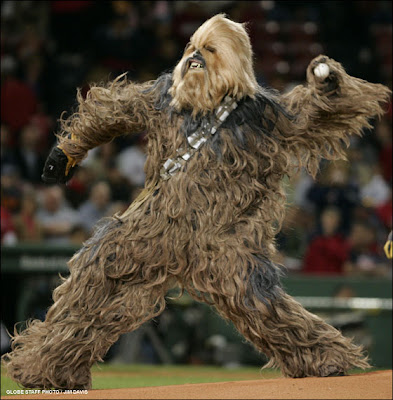