When you raise the H1N1 alert level to its highest point, that means your serious. As in, let's not let our troops out of their barracks serious. And let's cancel reservist training serious. I guess the armchair epidemiologists who say South Korea's reaction to something that has only killed forty-five people will say this is yet another example of overkill. I mean, what's the connection between mobilized soldiers and pandemics? 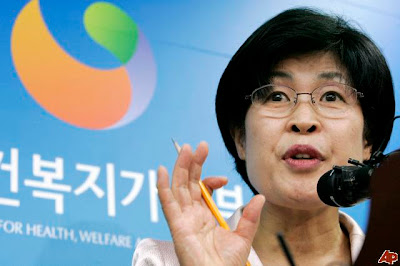