There's sixty percent more news than this time 24 hours ago. At this rate, we'll have full news recovery by the end of the fourth quarter. Depending on your perspective, the big news could be that over four thousand Koreans, including the architect of South Korea's economic miracle, are now on a pro-Japanese collaborator sh¡t list that, depending on your point of view, is or is not the agenda-driven work of leftist agitators (oh, I will never tire of using that link). I will have more on that later.
We have Kim Jong-il turning on the television, not liking what he sees, and then firing one of the highest-ranking civilians in his government. And you thought Simon Cowell was scary.
And speaking of scary, if you're an environmentalist you may not be happy that the Four Rivers Project has gotten the green light (ha ha, get it? Green) and construction/deconstruction begins on Tuesday, starting with dammed pools. It's sort of interesting that as great builders of dams like the US are beginning to rethink grand dams of yesteryear — those along the Colorado River, Hetch-Hetchy, etc. — places like South Korea and China (Three Rivers Gorge) are running headlong into a golden era of dam-building. We can expect the Lee Administration to be some busy beavers for the next three years. More on this also in a later post. In the meantime, enjoy the subliminal hint of environmental purity of the birds flying by a space-agey dam in the artist's rendition below. 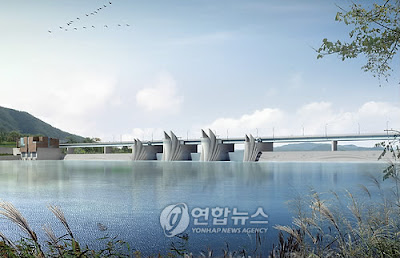 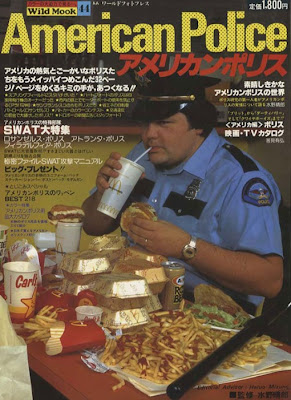