Well, thank you, Federation of Korean Trade Unions, for making this Sunday edition of KNL not a complete disaster (five stories in one edition is a record low). Is everybody home watching "Boys Before Flowers"... or whatever the hell is on in Korea nowadays? (Ah, maybe that's it... all the FKTU members protesting near the capitol meant they weren't committing crimes somewhere else. Just a theory.)
A lack of news stories partially explains why Kim Jong-il visiting a power plant (story #4) would even make the KNL. Yes, I realize that reporting that at all makes the list sounds all KCNA-ish, but in light of rumors that the Dear Leader is really a Dear Misleader, this is actually newsworthy, sort of.
The other noteworthy story is the banning of "downer" cows from slaughterhouses. A cow that is not able to walk on its own may in fact be suffering from BSE (Bovine Spongiform Encephalopathy, aka Mad Cow Disease) or some other ailment. It's really a wonder that this was not made illegal earlier (though the lack of homegrown BSE cases could explain it). It's also a bit of a wonder that protesters last year didn't speak up about it. Well, not that much of a wonder.
And now my news explanation is longer than the news, so I'll just get right into it. 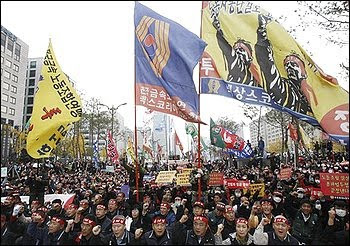 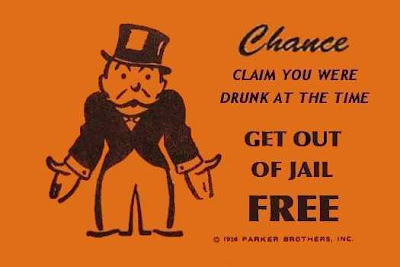