A bit less H1N1 panic today. A bit less of everything today. Not much news going on, which is odd for a weekday. The one story carried in all the local media was that the number of kids studying abroad has gone down for the second year.
Hardly a surprise that it would go down in the first place when the value of the won had dropped by more than a third and has now only come within spitting distance of the value last year. Could it be, though, that thousands of kids love their hagwon teachers so much that they'd rather just stay in Korea? That's a nice thought, isn't it? 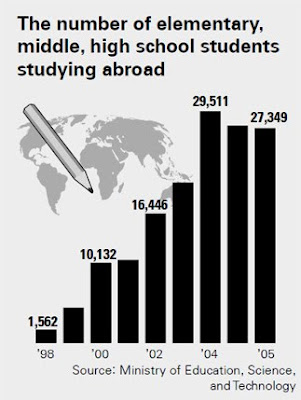 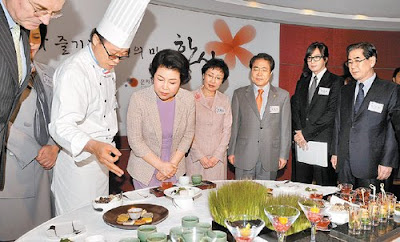