Korea news links for November 7, 2009: The biggest thing to happen between Korea and India since Akom Studios created Apu 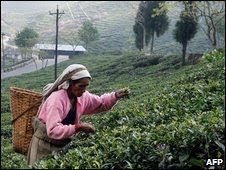 I've already gone into considerable detail about the Korindo FTA (that's, um, Korea-India Free-Trade Agreement) yesterday and in August, so I'll just reiterate that it's a pretty big deal. It's not a perfect deal (as in the sense that it's not 100% free trade), but I think it goes hella far toward removing barriers.
Frankly, I've always thought that it's not a bad idea in places like, say, the WTO, to give each country one "gimme" area where they can impose all the tariffs they want (and expect them imposed back). South Korea and Japan could have rice, America could have automobiles, etc., etc. It seems to me that would help grease the wheels of productive free trade without leaving vulnerable groups, well, vulnerable.
I'm not sure if that's a workable solution, though. After all, I'm not a trained economist with the skills and know-how to successfully tank the world economy by avarice and a lack of ethics.
on November 07, 2009