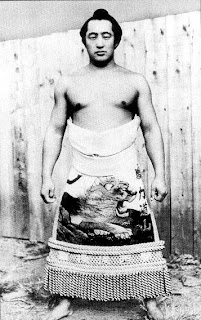 Did you know the father of pro wrestling in Japan was a Korean? Something I discovered when trying to find out if restrictions on foreign participants were still common in Japan (apparently, they still are), for this comment at Brian's.
That heya (stables) in Japan are limited to two foreigners is akin to, say, Korean basketball's restriction of two foreign players to each team. Although the KBA's limits should have no bearing on, say, ladies golf (LPGA-related stuff), since women golfers in Korea have no control whatsoever over what the basketball people do.
on November 07, 2009