NYT on identity issues among Korean (and other) adoptees 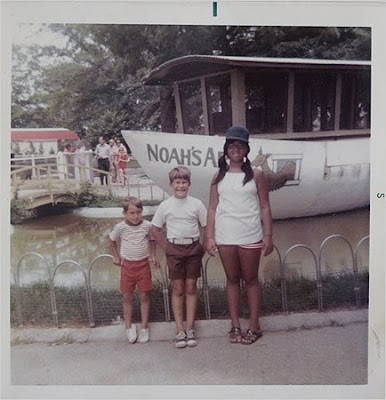 The New York Times is on a roll today with stories on Korea and racial identity. This piece (actually from Sunday's paper) explores a perennial favorite of journalists: the personal journey of American adoptees from South Korea. This is occasioned by the release of a study on this issue by the Evan B. Donaldson Adoption Institute.
From the article:

As a child, Kim Eun Mi Young hated being different.

When her father brought home toys, a record and a picture book on South Korea, the country from which she was adopted in 1961, she ignored them.

Growing up in Georgia, Kansas and Hawaii, in a military family, she would date only white teenagers, even when Asian boys were around.

“At no time did I consider myself anything other than white,” said Ms. Young, 48, who lives in San Antonio. “I had no sense of any identity as a Korean woman. Dating an Asian man would have forced me to accept who I was.”

It was not until she was in her 30s that she began to explore her Korean heritage. One night, after going out to celebrate with her husband at the time, she says she broke down and began crying uncontrollably.

“I remember sitting there thinking, where is my mother? Why did she leave me? Why couldn’t she struggle to keep me?” she said. “That was the beginning of my journey to find out who I am.”

Of course, her story is just a hook to talk about a wider phenomenon:

The experiences of Ms. Young are common among adopted children from Korea, according to one of the largest studies of transracial adoptions, which is to be released on Monday. The report, which focuses on the first generation of children adopted from South Korea, found that 78 percent of those who responded had considered themselves to be white or had wanted to be white when they were children. Sixty percent indicated their racial identity had become important by the time they were in middle school, and, as adults, nearly 61 percent said they had traveled to Korea both to learn more about the culture and to find their birth parents.

Like Ms. Young, most Korean adoptees were raised in predominantly white neighborhoods and saw few, if any, people who looked like them. The report also found that the children were teased and experienced racial discrimination, often from teachers. And only a minority of the respondents said they felt welcomed by members of their own ethnic group.

As a result, many of them have had trouble coming to terms with their racial and ethnic identities.

As The Marmot was once fond of saying, read the rest on your own. This is certainly an issue near and dear to my heart.
For those of you living in South Korea, one of the most valuable things you can do with your time is volunteering to teach English or just play with kids in an orphanage there. Those I know who have done so have found it to be a rewarding experience, and you end up doing so much good. I really ought to put together a list of such venues. I wonder if anyone out there can help me with that.
on November 10, 2009