The Angels jump the shark 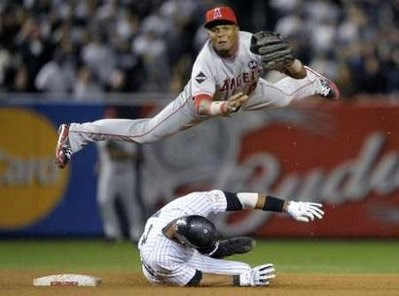 I wasn't watching. I swear. "M," who religiously watches/listens to CNN on her iPhone, suddenly blurted out that the Yankees had won. And since it's over, my jinx doesn't matter. I went over to the Los Angeles Times and took a look at the inning-by-inning rundown: The Anaheim Angels lost 5-2 in Game 6, bringing the New York Yankees to four wins, the magic number in a best-of-seven series. The Orange County Register (which I just noticed listing the Angels as "LA Angels" with nary a mention of Anaheim!) said the Angels fell apart in the eighth inning.
The Yankees will face the Philadelphia Phillies, in the next-door state, in what should be a boring, low-ratings anti-bonanza for Major League Baseball and whomever is broadcasting the games.
Seriously, though, I think the Yankees deserved it. The OC Angels just didn't try hard enough. 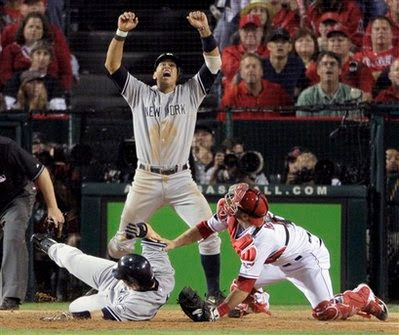