Given the dearth of heavy news stories today, you'd be forgiven for thinking that after yesterday's collision of a Japanese destroyer and a South Korean freighter, everyone was so affixed to the the telly watching the Kurama burn that they forgot to report on all the other happenings on the peninsula. Either that or they were in line to get their H1N1 flu shots. I guess that is the one big story today: the nation seems to have hit a critical mass of freaked-outedness on the virus, even though not only the death toll but the death rate (i.e., per population) is only a fraction of that of the US. Maybe, however, a two-week break from school would be just what the doctor ordered, figuratively and literally. 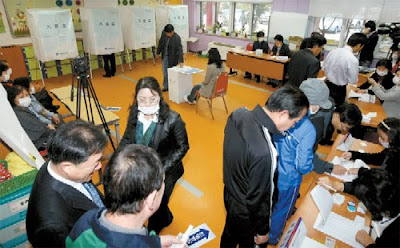 [above: Two for the price of one: by-election voters wearing masks to protect from H1N1 infection] 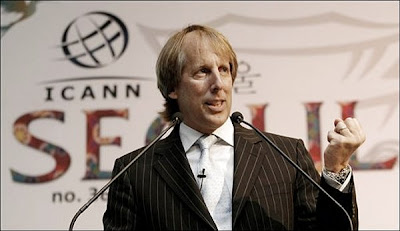