It's a slow news day, being Saturday in the West and Sunday in the East. We have North Korean envoys meeting their counterparts in New York City to talk about who knows what, while at the same time the Blue House is insisting that no way, no how will there be a North-South presidential summit that will be little more than a photo op. Those days are gone, Lee is telling us. Oh, and there are two more shopping months until Christmas. Anything Wii-related is fine. 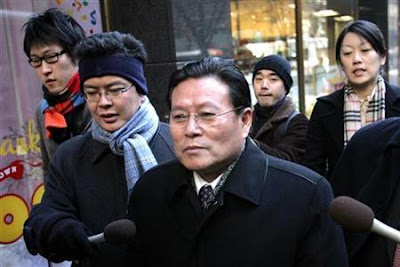