A bit of corporate espionage centered around South Korea and GM Daewoo is turning into a story worthy of a movie, or at least a John Grisham novel. If he wrote about Korea.
From the Detroit Free Press:

Authorities there have accused three former GM-Daewoo employees of stealing critical General Motors Co. technological information to give to a Russian competitor, TagAZ.

One of the men has committed suicide; the other two face charges they've denied.

The development underscores the intensifying competition in Russia. It also shows the difficulties U.S. companies face trying to protect their intellectual property in the global marketplace.

GM's ability to protect its intellectual property for use in Russia played a major part in gumming up talks to sell GM's Opel brand to Magna International this summer.

What's more, the U.S. Attorney's Office recently announced charges against a Chinese man, alleging he stole trade secrets while working as a product engineer at Ford Motor Co. before leaving for a job at a Chinese company.

"It's a huge threat," Scott Stewart, an expert in corporate security with Stratfor, a global intelligence company, said of the espionage. "It's just a bad nightmare."

Frankly, I'm not sure how much power a South Korean court would have in blocking a Russian automaker from doing much of anything they wanted to do. In fact, if a South Korean court even tried, I could see Putin having some thugs sent up from Pusan or Tongdaemun to pay a visit to the judge(s). 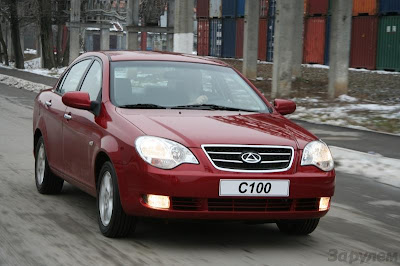 [above: This not Lacetti; this C-100. Very different. And she'll go 300 hectares on a single tank of kerosene.]
I know this is not directly related to the topic at hand, but an earnest attempt to rein in the thuggery from the former Soviet Union that threatens honest ROK residents from those countries, not to mention other foreign residents and South Korean citizens themselves, would be a good reason to get behind Kimmi cracking down on immigration violations. 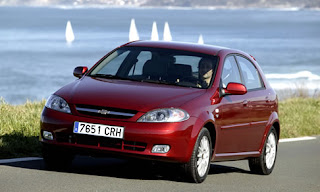