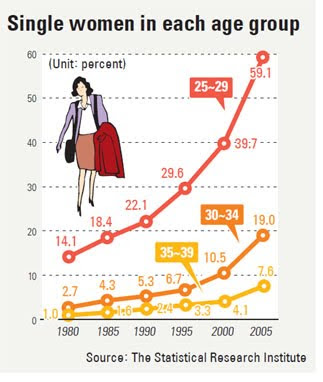 Weekends are generally slow news periods, barring some unexpected disaster or major crime spree. The big news — and the franticness practically jumps out at you when you read it — is that the number or unmarried women during their most fertile years has been going up and up and up (Joongang Ilbo is source for above graphic). As long as single motherhood remains widely unacceptable, this trend is very bad for the overall birthrate, which remains in the 지하5층, circling the lot looking for a parking place. 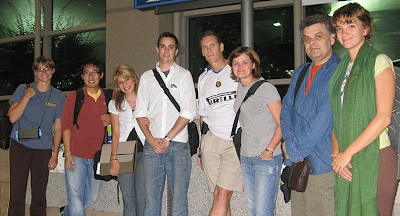