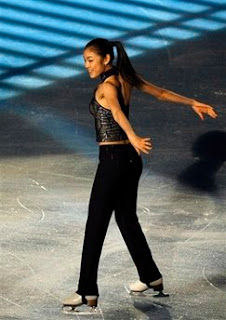 Oh, goodie. More Kim Yuna-related news which gives me an excuse to put her photo back at the top of my news link post. Other than that, it's a pretty dead news day. No news is good news?