It's been a quiet week in Lake Wobegon. Well, for a minute there it seemed Japan had declared undeclared war on South Korea, smashing one of its destroyers into a ROK freighter, but there were no casualties and the Defense Minister apologized expressed regret, so everyone's happy. Well, everyone except a pig farmer from the southern peninsula, who is so disgusted with South Korea, he defected to the north. 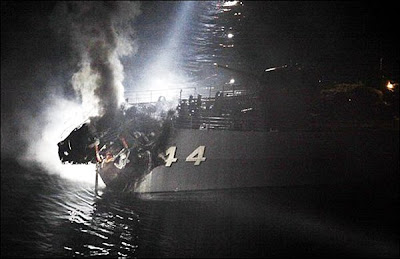