The big news today is that North Korea decided to celebrate its positive new direction with the outside world by putting on a little fireworks display. The outside world responded with its own light show, as every single frickin' media outlet is illuminating billions of ones and zeroes talking about what the missile launch into the East Sea (Sea of Japan) means. 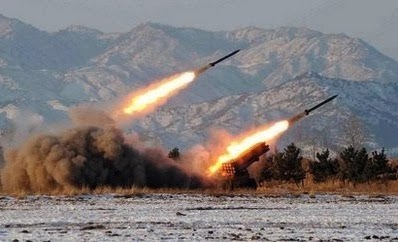