Oh, wow! Did you know Korea has four seasons? 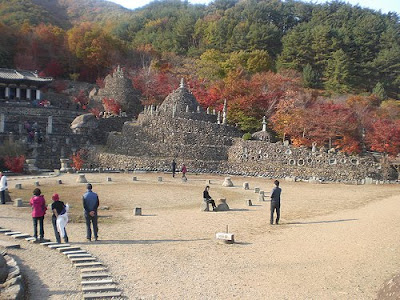 Seriously, Brian in Chŏllanam-do has a great pictorial on places in South Chŏlla to go if you want to see the fall foliage.

And no, with my title up there, I'm not poking fun at Brian for having drunk the... drunk the... what would be the equivalent of Kool-Aid™ in South Korea? (What do Korea's cultists drink before mass suicide?) Rather, from time to time self-deprecatingly I cast myself as a clueless but enthusiastic reader of Korean blogs. [Note to self: stop explaining my opaque humor.]

The truth is, I enjoy scenes of leaves changing in Korea and if I were there, I'd sure as hell be making plans to head down to where Brian's pictures were taken. And to be honest (and here's where I offend half of the K-blogosphere), I wouldn't call mentioning "four seasons" or getting excited about fall foliage in Korea drinking the company whatever, since, from where I sit, "four seasons" is something I hear foreigners say that Koreans say far, far, far more than I've ever heard Koreans say it. (Sort of like the "no gays in Korea" comment, which I recently alluded to recently in Korea Beat — with KB's agreement — but which is now lost and unlinkable anyway as Korea Beat migrates to another part of the Interwebs.)

Back in grad school Round 1 (at Yonsei), I did an extensive overview of South Korean English-teaching textbooks' reading passage content from the 1950s to the 1990s to analyze the construction of national narratives and and international perspectives.

In a few typical passages, a Korean boy and/or girl describe the country of Korea (e.g., to a pen pal or to students at the new school in the country to which the Korean boy and/or girl recently immigrated), and it innocuously says, among things like Korea being a peninsula, etc., that "Korea has four seasons." I never saw a passage that says Korea is the only country that has four seasons, no more than it says Korea's the only country that's a peninsula. 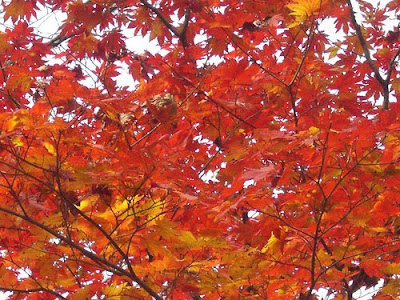 I personally have never heard a native Korean speaker say that Korea is the only country with four seasons, so if any really are saying that, it's faulty wiring and they should be taken back to the factory.

And to be fair, having four seasons is not a given. Hawaii sure as hell doesn't have four seasons. If we count vog, then we're maybe up to three. But we do have some lovely flower blooms here. The acacia variety common to Oahu has light orange and pink flowers instead of white. Absolutely stunning, so it's a nice consolation prize for missing all the gingko trees turn a golden color. 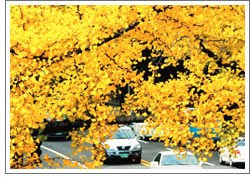 By the way, if you are in Seoul, take the walk or drive along Sopa-gil [소파길], the southern half of the road that rings Namsan in central Seoul. It's lined with gingko trees. At night be careful there, though, because sometimes ajumma and ajŏshi (maybe now halmŏni and harabŏji) are often standing on the edge of the street collecting the gingko nuts that fell to the ground when they shook the tree. Urban gingko nut harvesters: Korea's Intangible Treasure #282.