Dining with the Dear Doppelgänger 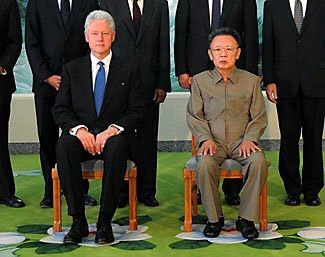 [above: If I ever achieve my dream of opening up a wax museum, this will be the display in the lobby.]

Writing in the Christian Science Monitor, Don Kirk talks about the speculation that the Dear Leader whom former President Bill Clinton met on his rescue mission of the Stupogants™ may have actually been the Dear Doppelgänger:

A number of analysts here are convinced that not all the photos being released of North Korea's leader, Kim Jong-il, are really photos of Kim Jong-il.

Instead, they say, a look-alike has been standing in for him on some of the 122 trips he's reportedly made this year to the countryside, factories, cultural events, military units, and all sorts of other venues.

Some observers say the North Korean leader is too ill to make all these appearances. One Japanese analyst claims President Clinton didn't meet with Kim Jong-il in August – he met with a Mr. Kim double.

The evidence of Kim stand-ins is far from verified, but several North Korean refugees here say that Kim has not one but several look-alikes playing his role.

Still, it's logical that for security reasons, Kim has one or more stand-ins, as did former Iraqi President Saddam Hussein before the US invasion in 2003. One argument is that Kim has no time for all those trips outside Pyongyang while his health remains uncertain and he's preparing his youngest son to take over as early as next year.

Ha Tae-young, president of Open Radio for North Korea, which broadcasts two hours a day via shortwave into North Korea, cites the word of one recent North Korean defector.

"He says he knows a girl whose father is the actor for Kim Jong-il," says Mr. Ha. "Recently Kim Jong-il loses fat. He's very skinny these days. The defector says, If Kim Jong-il looks skinny, the actor can do the same thing."

It wouldn't surprise me if Kim Jong-il had body doubles filling in for him — or distracting enemies — but I think some of this stems from a bit of wishful thinking among those who loathe the regime in DPRK. The prospect that he would be dead soon has had them full of glee and they can't bring themselves to believe there's any significant possibility that it's not accurate.
Anyway, I recognize that this is a potentially serious problem, so we here at Monster Island Industries & Food Services Inc have decided to put together a handy guide to help you determine if that Kim Jong-il-looking person in the produce section really is a genocidist — you wouldn't want to alert the International Court of Justice's 911 hotline for nothing. 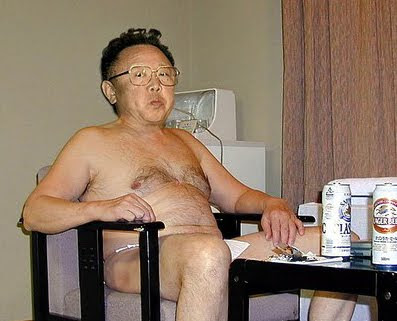 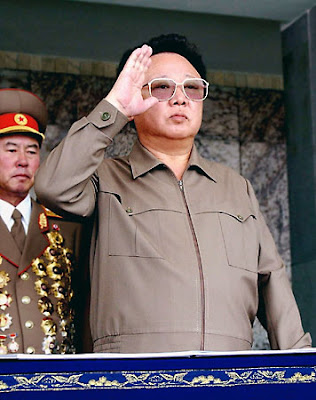 above: Looks a little puffy in the eyes and not many age spots on the side of the head. Might not be real. Events like this that are small on talking and big on hand gestures are perfect opportunities to use a double, especially when a bunch of people with weaponry are parading in front of you. 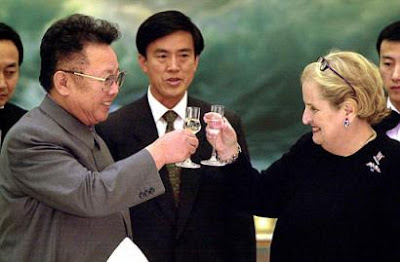 above: Real. As in real creepy. 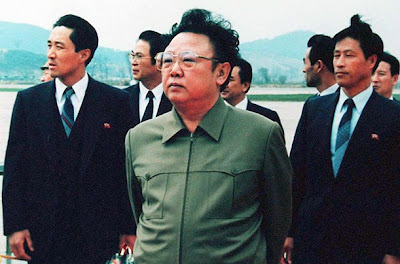 above: Jury's out on this one. Could be a double, but could also be Kim Jong-il in his Margaret Cho phase. (Seriously, this guy looks like the guy two photos up, so they could be the same double.) 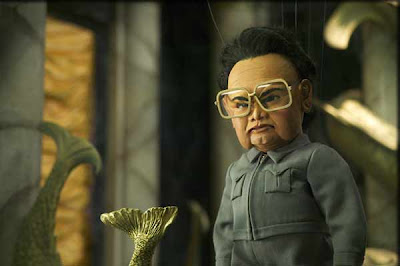 above: Not real. Pockets all wrong on vest. 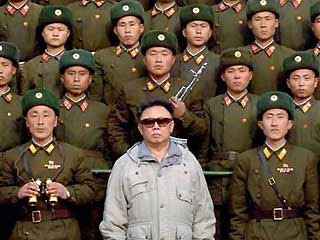 above: Real. But the guy on the right is not the real Kang Sŏngbŏm. 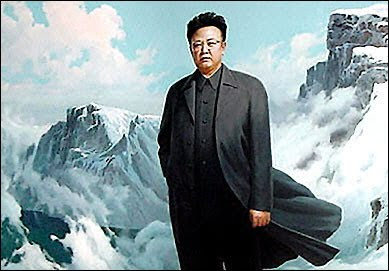 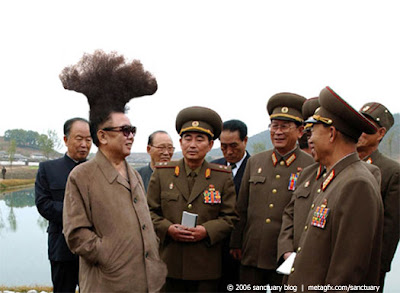 above: Not real. Wish it was. 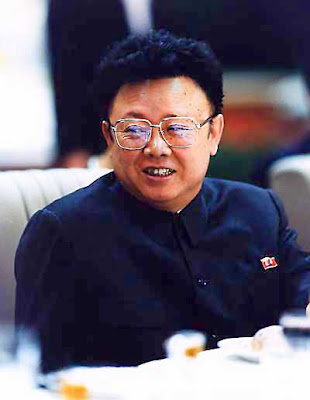 above: Jury's out on this one. Teeth look pretty bad. Someone needs to kidnap a German dentist. 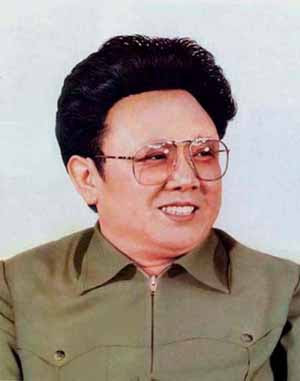 above: Real back in the early 1980s. But if you see this guy today, not real. 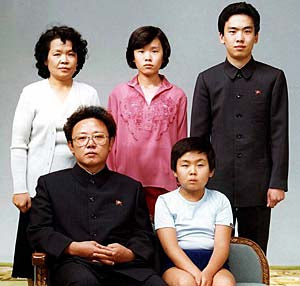 above: Real. In the mid-1980s, Kim Jong-il loyalists kidnapped an entire Olan Mills studio from St. Paul, Minnesota, just for this family portrait. Nutritionists believe kid sitting at right is far more likely to suffer from obesity as an adult. 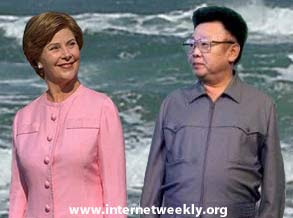 above: Oh, come on. You're not even trying. 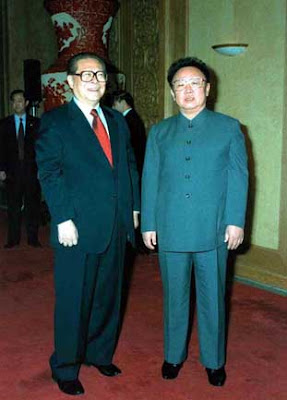 above: Really KJI. An aging Skeletor himself, before his death due to throat cancer, provided verification in his autobiography, He-Man is an A-Hole. 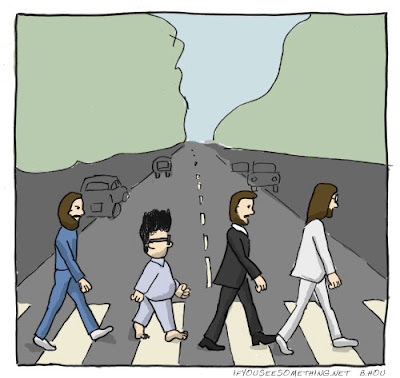 above: Not real. Drawing. And those aren't the Beatles either. Also drawing.