This was totally by accident. I mean, it's not like we were trying to cook an egg into a continental shape of any kind. But there it is. (The brown stuff is soy sauce... Or visible patches of permafrost thanks to global warming!!! Take your pick.) 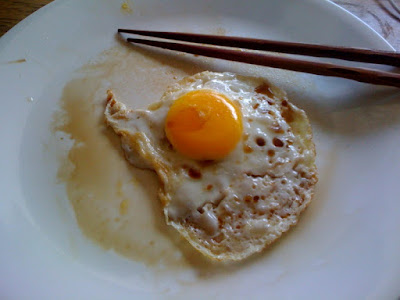 Just for comparison's sake, here's an actual map of Antarctica: 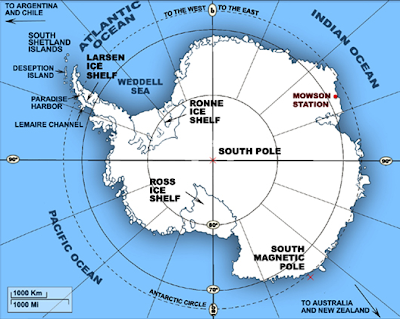 I suppose the yolk could represent the ozone hole over the South Pole, even if it's off a bit.
Seriously, this was the coolest thing since my dog peed a map of Australia onto my living room floor (including Tasmania!). I didn't have a camera at the ready then and I debated whether or not to leave it there. Ultimately, I decided to clean it up because the pee blended in with the yellow paper on the floor of traditional homes, which made it very difficult to see in a picture.
I guess we shouldn't have eaten the egg.
Next week: Oatmeal shaped like Tokto!