Dealmaking in the IOC? 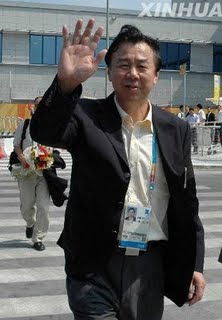 Yuan Weimin, a retired Chinese minister of sports and former head of the Chinese Olympic Committee, has written a memoir in which he says that IOC President Jacques Rogge and European members of the IOC supported Beijing's 2008 Olympic bid in exchange for support of Rogge's assumption of the IOC president.
The IOC denies this:

"Jacques Rogge was elected IOC president by a large majority," the committee said in a statement from Lausanne, Switzerland. "As a candidate, he built his campaign on a strong program that was widely welcome by IOC members. Any insinuation that deals would have been made is absolutely false."

Yuan wrote that while there was no written agreement from either party, multiple meetings yielded a mutual understanding of support if Rogge won the election.

"The Beijing Olympic bid committee decided on a tactic of strategic alliance-making. We would link Chinese support for Rogge in exchange for European committee members' support for Beijing," Yuan said in his memoir. "Of course, we also made some promises to link up with some of our friends in supporting Rogge. This tactic was our overall strategy."

Given that this would have predated revelations of the 2002 Salt Lake City Winter Olympics scandal (I think), I don't find it surprising. It also makes me wonder if Pyongchang (Pyeongchang) failed to win the games for 2010 and 2014 because they didn't play ball — or didn't play ball well enough.
on October 22, 2009