Not long after US President Barack Hussein Obama has declared H1N1 to be a national emergency, we see some similar activity here in South Korea. South Korea's death toll has climbed to twenty-five, a tiny fraction of those in the US (even when one takes into account population size), but ROK health officials worry that South Korea could be on the cusp of a new pandemic. Meanwhile, the Lee administration has made an about-face on aid to North Korea and has decided to send some humanitarian aid to the DPRK. Some corn, powdered milk, and medicine, but much lower than the many tons of fertilizer and rice of past administrations. 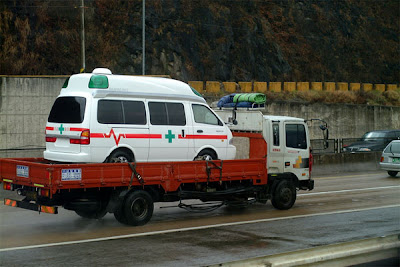