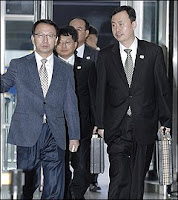 Can I call 'em or what? As expected, the big news coming out of Korea is the inter-Korean talks (this, folks, is what we call a no-brainer), attended by South Korea negotiator Kim Namshik, at far right in photo.
In particular, the top story out of the summit is summed up in the Yonhap headline: "North Korea apologizes for South Korean deaths from dam discharge." Contrary to popular rumor, however, the South didn't respond with, "Oh, yeah? Well what about the fu¢kin' missile launch?!" Not just because it would be terribly undiplomatic, but also because such a pun on the word dam just wouldn't play very well in Korean. 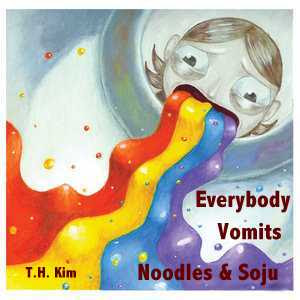