This widely read story on CNN is the kind of thing that, were it to happen in South Korea, the K-blogs would light up like a Christmas tree with many in the commentariat falling all over themselves talking about how this showed exactly how racist Koreans can be:

Civil rights advocates in eastern Louisiana are calling for a justice of the peace of Tangipahoa Parish to resign after he refused to issue a marriage license to an interracial couple.

Terence McKay claims a justice of the peace refused to give him and his white girlfriend a marriage license.

"He's an elected public official and one of his duties is to marry people. He doesn't have the right to say he doesn't believe in it," Patricia Morris, president of the NAACP branch of Tangipahoa Parish, located near the Mississippi line, said Thursday. "If he doesn't do what his position calls for him to do, he should resign from that position."

The demands for Keith Bardwell, justice of the peace for Tangipahoa Parish's 8th Ward, to step down came after he wouldn't issue a marriage license to Beth Humphrey, 30, and her boyfriend, Terence McKay, 32, both of Hammond.

"I was just really shocked, because he's an elected official," Humphrey said.

However, Bardwell told Hammond's Daily Star newspaper that he was concerned for the children who might be born of the relationship and that, in his experience, most interracial marriages don't last.

"I'm not a racist," Bardwell told the newspaper. "I do ceremonies for black couples right here in my house. My main concern is for the children."

Yeah, for the kids. The real problem the kids have is people like you, so whaddya gonna do? And in Louisiana, which has been going through a unique blend of miscegenation for a few centuries now, would the children of such marriages really face that much discrimination? 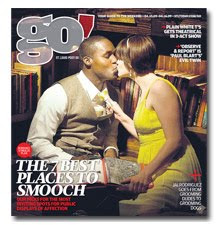 Let's not kid ourselves that this is an isolated problem. A magazine in St. Louis that had a Black man and White woman — a real-life couple and not two models thrown together — kissing on their front cover had bigots coming out of the woodwork to complain about it being "sickening" and saying they "don't like to see blacks and whites kissing." Okay.
There is growing acceptance of Black-White marriage nationwide, now just over three-quarters of the population compared with just half in the early 1990s. But even in 2007 (see below), one out of six Americans told pollsters they disapprove.

Some people's racism is intransigent and immutable. Most people — in Korea or in the US and probably elsewhere — are changing with the times, realizing that their fears are unfounded and that interracial marriage is really no different from racially endogamous, except for how others perceive them. But there will always be those few who are disgusted, angered, or otherwise annoyed by it. You can't let them bring you down. Whatever anger or disgust they're feeling is coming from a dark swirl deep inside their soul. You should feel pity for them, perhaps, but don't waste any energy on anger.
Actually, I would like to know if something like this has happened in Korea. When people go to Immigration or to the local ward office to register a marriage, has it been declined?
on October 16, 2009