Despite this, Obama assures us we have the highest safety standards.

Is factory-farmed beef really such a good idea? Maybe not:

Meat companies and grocers have been barred from selling ground beef tainted by the virulent strain of E. coli known as O157:H7 since 1994, after an outbreak at Jack in the Box restaurants left four children dead. Yet tens of thousands of people are still sickened annually by this pathogen, federal health officials estimate, with hamburger being the biggest culprit. Ground beef has been blamed for 16 outbreaks in the last three years alone, including the one that left Ms. [Stephanie] Smith paralyzed from the waist down. This summer, contamination led to the recall of beef from nearly 3,000 grocers in 41 states. 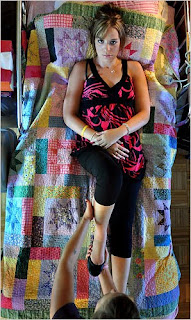 Ms. Smith’s reaction to the virulent strain of E. coli was extreme, but tracing the story of her burger, through interviews and government and corporate records obtained by The New York Times, shows why eating ground beef is still a gamble. Neither the system meant to make the meat safe, nor the meat itself, is what consumers have been led to believe.

Ground beef is usually not simply a chunk of meat run through a grinder. Instead, records and interviews show, a single portion of hamburger meat is often an amalgam of various grades of meat from different parts of cows and even from different slaughterhouses. These cuts of meat are particularly vulnerable to E. coli contamination, food experts and officials say. Despite this, there is no federal requirement for grinders to test their ingredients for the pathogen.

It's a long article but worth a read. If everyone would cut a third or more of their beef (and pork and chicken) consumption, maybe we wouldn't rely on such deleterious factory practices.
on October 06, 2009