If it's Tuesday, it must be one of the Koreas... 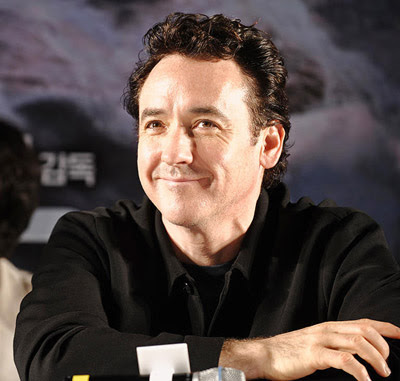 
Barack Obama has at least one passionate backer in Twitter-Wood for his Chicago Olympics pitch. Jeremy Piven tweeted support for his home city today, as the International Olympic Committee makes its final decision in Copenhagen. John Cusack, meanwhile, continued his intercontinental rounds and tweets today upon leaving North Korea for Japan, though it's anyone's guess how he got in there in the first place.

Indeed, here is the tweet from John Cusack himself:


In north Korea heading to japan -- feel like I'm being shuttled in and out of country s after international incidents...

Call South Korea "North Korea" and you may just have an international incident on your hands, Mr Cusack.
So, um... What's up with that? Is John Cusack just horribly confused thanks to jet lag? Is he just geographically impaired?
Or (and this is my theory), did the recent death of John Hughes make movie buff Kim Jong-il all nostalgic for 1980s depictions of tidily presented teen angst and so he kidnapped Mr Cusack with the intention of making sequels to Better Off Dead, Say Anything, and The Sure Thing*?